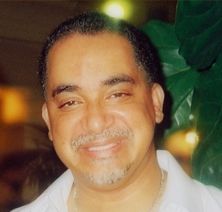 For those unfamiliar with Marcus Miller let me refer you to the google search engine so you can be deluged with a body of work that reveals a man who has been on the recording track for many years on many projects. The one thing that's consistent with Marcus is his signature 'Thump" of the bass guitar. This musician has taken the percussive style of what was started by Sly & the Family Stone bassist Larry Graham and has created a style and sound of his very own that has lasted to this day. And, he has shared that signature sound on the recordings of many, many artists. Again, search google for all of that.

Last night at the Granada Theater here in Dallas fans were the beneficiary of seeing the start of his US Tour introducing his latest recording project "Renaissance". I'm hard pressed to remember the last time Marcus Miller has played Dallas in his own jazz set. It's been many years, if at all. Some have said that he didn't have a large enough audience to warrant an appearance in our area. Well, let's put that debate to rest. Dallas received Marcus Miller with all the love imaginable. As he pushed his new band which included newcomers: Alex Han on Sax, Federico Gonazales Pena - keyboards, Louis Cato - drums and Adam Agati - guitar, the audience pushed back with an equal measure of enthusiasm. There are a few venues around town that could've hosted this show but the Granada Theater was a very fitting place. It has long been a great venue to see independent artists and has a pretty good sound system for these types of marquee shows. So, for those of us who waited for this moment, Dallas got the full power of the Marcus Miller Band. Finally!

The set began with a UptownJazzDallas.com Set-List favorite "Mr. Clean" which properly introduces this signature bass sound we've come to appreciate from this artist. Still savoring that vibe, he immediately got into "redemption" which was so strong that it's now been added to the Set-List today. Check it out! From there, the show unfolded just like it should've. Marcus is a great band leader and was obviously very pleased to share the stage with his new band of young but super talented upstarts. Most of which are featured on the actual Renaissance recording project.

This was a great show! Plain and simple. Marcus Miller carries the distinction of UJD 'Artist of Interest (AOI) to the Festival' for a reason. He makes his own personal statement with every project and is always looking to bring the next generation of artists into his mix. The end result - it keeps him and his sound fresh! Both Live and on recordings. And, I dare say that he's adding to this fan base significantly with this approach.

There were some other notable things about this Dallas show stop. Many may not be familiar with the fact that some of our local JazzMasters made up previous Marcus Miller Band editions. Most notably, Bobby Sparks (B3 organ/keyboards), Keith Anderson (Sax), Jason "JT" Thomas and Bernard "Nard" Wright. So, with Dallas being the starting point for this Tour, it made perfect sense to invite the Dallas camp to participate. So, opening for Marcus Miller under the "Full of Soul" band name, we had Quamon Fowler (Sax/EWI), Chuck Smith (Bass), JT Thomas (Drums), Bernard Wright (Keys), Allen Cato (guitar) and Bobby Sparks (B3 Organ/Keys). We here at Uptown Jazz Dallas are very familiar with these catz, as they make up the UJD JazzMasters which is often presented at various Venue Partner locations. Let me say, that they did a great job! Dallas was represented powerfully to say the least. And, you can look forward to seeing more of them as UJD Live begins outdoor Programming at the new Klyde Warren Park soon. 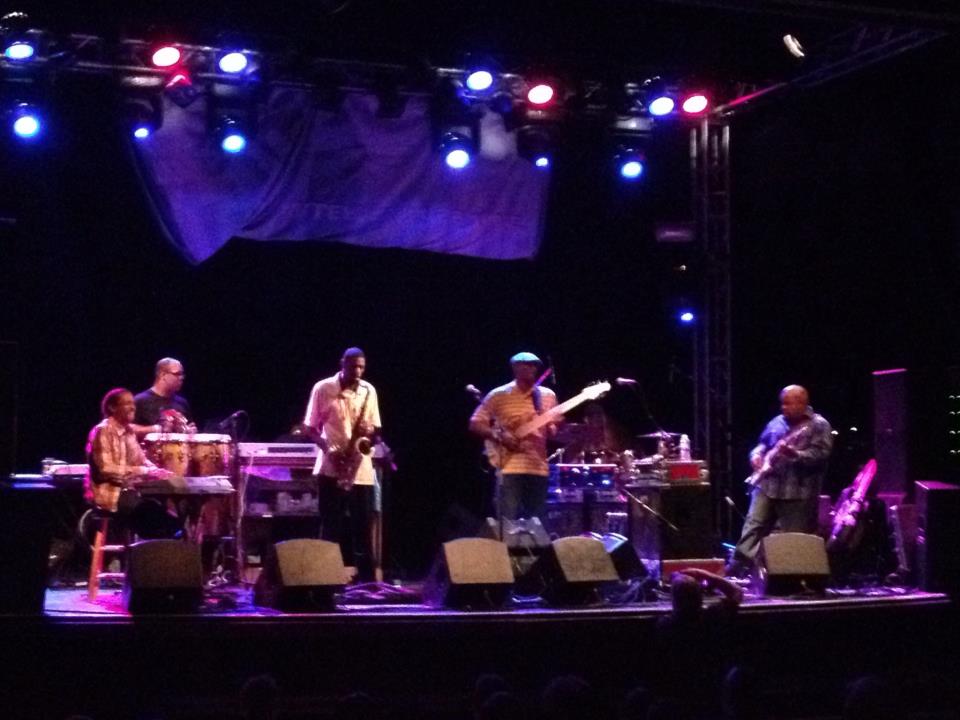 Let's all hope that the next Marcus Miller's show in Dallas won't be years from now, but months. Judging by the roar of the audience who demanded an 'encore', I think our jazz community made it's presence felt. And, Marcus himself said, "I'm going to have to make Dallas my second home". Well said……

Please enjoy the brief 'UJD - On the Fly Clip" that was captured by Marcus fan Shelly Reed of the opening of the show with the band playing "Mr. Clean". She and I wanted to share this and give a taste of the experience. For those wondering if you should go to the show when (if) it comes to your city, get your tickets! Don't hesitate. Also, we highly recommend Marcus Miller's latest recording "Renaissance" and give you this link to our Amazon store where you can get your CD or digital download copy.

Until next time…… Jazz Up Dallas! by Steven Doyle We have discussed Tortas Insurgentes before, it is a little Mexican restaurant with the Mexican green VW cab as its mascot located on Northwest Highway and Webbs Chapel in the shopping center anchored by WalMart. They bill … Continue reading →

by Steven Doyle Baja seems to be the best place to tag the origins of the fish taco. All my research points there, at least as far as North Americans are concerned. The true fact is somewhat murkier and no … Continue reading →

Everything You Need To Prepare For A Family Camping Trip

Imagine this — you’re out camping in nature, enjoying the peace and serenity of being away from the city and spending quality time with your family. Everyone’s having a great time until someone starts complaining about mosquito bites. Or maybe … Continue reading →

Community Beer company announced today a new 70k+ sf facility will be located off of Stemmons Fwy between the Design District & Medical District in the renovated Pegasus Park campus at 3110 Commonwealth Drive in Dallas. Complete with a two-story … Continue reading →