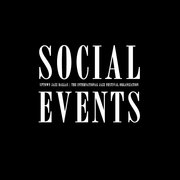 Brad Leali, a native of Denver, Colorado, joined the University of North Texas faculty in August 2008 as Professor of Jazz Saxophone. In addition to studio teaching, he teaches jazz performance fundamentals and directs the Three O’Clock Lab Band. A native of Denver, Colorado, Leali received a Bachelor of Arts degree in music education from North Texas in 1989 where he played with the One O’Clock Lab Band. After earning his Master’s degree from Rutgers University in 2005, he was appointed head of the jazz program at Texas Tech University, where several scholarships have been established in his name, including the Brad Leali Endowed Jazz Scholarship.

Leali’s first solo recording was Priority Soul! in 1998 on the New Jazz Renaisssance Recordings label. In 1999, the Count Basie Orchestra won a Grammy award for Count Plays Duke with Leali receiving his own nomination for his solo work on the classic Billy Strayhorn composition, "The Star-Crossed Lovers." Leali departed from the Basie orchestra in 2000 to focus on his career as a soloist. His discography since then includes Live in Europe (Brad Leali Quartet, 2004); Brooklyn Soul Organization (also produced by Leali, 2004); the critically acclaimed Maria Juanez (2006), which features his own compositions and eighteen-piece jazz orchestra; and DA’s Time (Brad Leali-Claus Raible Quartet, 2008) on the TCB label.

RSVP for The Brad Leali Quartet Live! to add comments!

Asian Mint and award-winning Chef/Owner Nikky Phinyawatana will host a cooking class at the Asian Mint Richardson location on Saturday, March 14 from 10:30 a.m. – 12 p.m.  The class will be a hands-on, interactive experience learning how to make Larb Mushroom and … Continue reading →

A Visit To Fish City Grill

by Melissa Alouf When Fish City Grill wanted to create a comfortable place for neighbors to enjoy great seafood at affordable prices. It is indeed a casual neighborhood restaurant where you could take the family or a casual date, and … Continue reading →

by Steven Doyle The James Beard Semi-Finalists have been announced this year, and Dallas has a good amount of nominees that are genuinely deserving and exciting. If you study the list, all of Texas is well represented. Let’s look at … Continue reading →

JAXON Texas Kitchen & Beer Garden– the modern Texas inspired restaurant and beer garden will open to the public at AT&T Discovery District on March 2nd. Located at 311 S. Akard Street, will be open for lunch and dinner seven … Continue reading →

Chino Chinatown Upon first opening in 2014, Trinity Groves has been a culinary incubator for some of Dallas’s most exciting concepts. The original idea was for restaurants to take up temporary residence before moving on to other things. Chino Chinatown, … Continue reading →